Stock Underpass Worth Every Cent

For most farmers moving stock from one side of a farm to another should be a simple task.  Not so for Michael Van der Heyden on his 199 hectare dairy farm at Putaruru in the Waikato, as his farm is split by State Highway 1 (SH1).

The ‘home farm’, as Michael refers to it, is 114 hectares and includes the milking shed and farm buildings, but he has a further 85 hectares on the other side of SH1. “I use that block to grow maize and to dry graze part of my herd,” explains Michael. “I can have up to 100 of my 370 cows over there at any one time. In the past it has been necessary to move some of my herd across the highway probably six times a year. It was a major undertaking each time we did it and to be honest it was a real pain in the neck!”

A permit issued by the New Zealand Transit Agency (NZTA) was required for each move with signage and police assistance also a prerequisite. “I would worry the night before that it would it all go ok,” adds Michael. “If the morning was foggy then everything was delayed for several hours until the fog lifted and everyone would have to come back. I don’t think NZTA were too happy every time I needed to do this either so I contacted Humes to discuss stock underpass options.”

This is also a great asset for future generations

“The installation of a stock underpass would give Michael considerably more options when managing his farm,” said Dave Casey, Sales Representative for Humes Pipeline Systems.

15 Humes 4m x 2m Box Culvert units were used to span the width of the highway with the installation taking place in two parts on different days to allow SH1 to remain open during the project. The crane used to lift the culvert sections into place was also strategically placed so it wouldn’t affect traffic flows.

“It is a costly exercise putting in a stock underpass but it is definitely worth the pain,” adds Michael. “Now I have the opportunity to expand the size of my herd by another 250 to 300 cows, which is what I plan to do over time. It just gives me so much more flexibility. Life is just a lot easier when it comes to managing my operation and it is less stressful. We also were personally crossing SH1 every day which was dangerous in itself. One of our guys lives on the other side of the road and he comes backwards and forwards three to four times a day. Now he shoots under the underpass. It is much safer for us all.”

“This is also a great asset for future generations; it is there forever and is absolutely worth every cent. It’s just making the decision to do it and then there’s no looking back.” 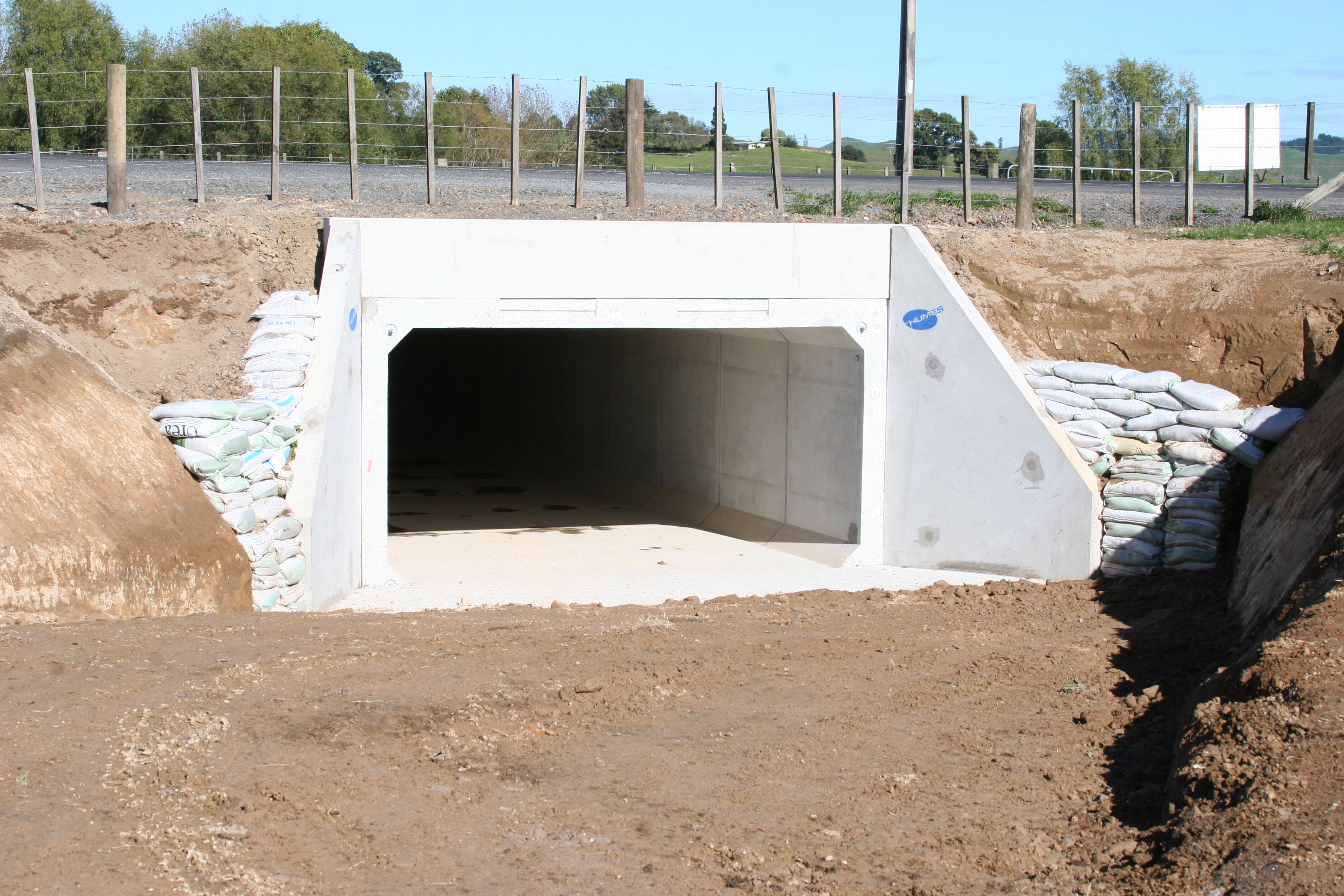