When Balanced Investments Ltd (the developers of West Side Industrial Estate on Broken Hill Road in Porirua) were looking at ways to access their new commercial development across a creek that is the breeding ground for more than 50 species of native fish, they chose Humes VT (vibration technology) pipe to be used as a culvert due to its inherent strength and ease of production.

“The process of adding a culvert to a stream which is then backfilled with the road constructed above is called a land bridge,” says Ralph Holdaway, Sales Centre Manager for Humes Pipeline Products. “It is also far more cost effective than building a conventional bridge.”

With approximately 30,000m³ of back fill required - due to the height of the road compared to the stream - the strength under loading of any pipe chosen was a major factor for engineers. The use of Humes VT pipes meant that not only could the VT pipe handle the extreme loading required but it offered a cost effective, efficient option for creating the land bridge required to access the new development. Local fault-lines, the type of clean fill used and various ground conditions throughout the site were also contributing factors in choosing the land bridge option.

But what about the fish?

“When pipes are installed into streams the flow is accentuated by the smooth bottom of the pipe and doesn’t allow the fish to swim up stream for spawning,” adds Ralph.

“The installation of fish baffles in a certain pattern - in this case a 4, 3 pattern - simulates the rocks in a stream and assists the fish when swimming by giving them rest spots as would happen in nature.”

“We used 29 units at 2100mm in diameter and 2.5m in length to create the 70m pipeline,” says Jeff Jewel, Certifying Drain Layer for New Vision Enterprises. “They were relatively easy to install as we were able to pull each section together and it was the first time we used the new Lamell self lubricating rubber rings which made this process easier to join the sections of pipe. Ralph and the team at Humes went ‘above and beyond’ on this project. We were very pleased with how well everything went.”

“The stream was a really important environmental factor for this project and we are very happy with the final result,” adds Ralph. “Jeff and his team were able to install the pipes without too many issues, the developer has a cost effective option for his new development and the fish are also happy!” 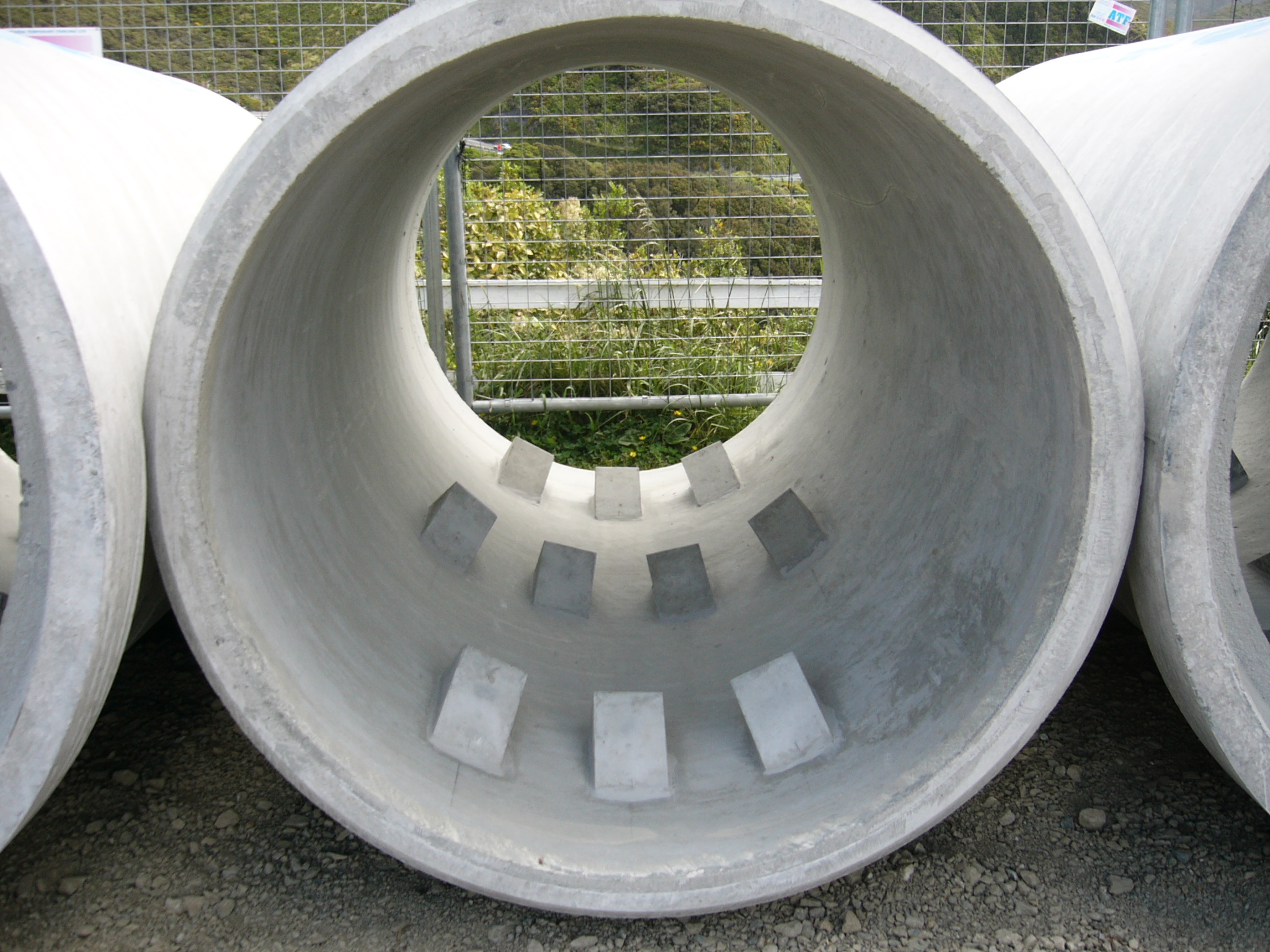