“Aside from the standard ‘drainage items’ the project required two pedestrian underpasses to be installed under both sides of the motorway to allow cyclists and pedestrians to travel safely beneath the busy motorway sections,” explains Adrian Moran, Sales Representative for Humes. “We were asked to provide design details for these underpass units which had to include a design on the wingwalls and also an architectural finish.”

“NZTA wanted the underpasses to include a pattern in the concrete to fit with the overall design which was formulated after consultation with local iwi,” explains Hugo Jackson, Project Manager for Fulton Hogan Civil North.

“This project brought out the best from Humes, from our design team, sales and manufacturing...”

Throughout the project the NZTA engaged with iwi, Te Kawerau a Maki, the tangata whenua of the area, who utilised Reuben Kirkwood from Tika Creative as their designer. He worked alongside the Te Atatu Interchange Alliance to produce cultural arts integration into the overall project. The Te Atatu underpasses will depict elliptical marine scenery of the local species of the upper Waitemata. Painted by Graff artists Daniel Tippet and Darryl Thompson, the underpasses will also feature Taniko patterns that emulate the designed balustrade on the Te Atatu overbridge nearby.

“Once the client had settled on a pattern for the concrete we purchased the pattern liners which Humes used in their moulds when pouring each of the panels,” explains Hugo. “Each wingwall includes two to three sections which fit together and are 4.5m at the highest point.”

“Working with Humes on these panels has gone very well,” explains Ben Wickins, Project Engineer for Fulton Hogan. “All the sections, which are 300mm thick and up to 15 tonnes each, have fitted together without any problems at all - which is good considering they were specially designed for the location.”

“Adrian from Humes has been really great and has been on site every time we have fitted a panel,” adds Hugo. “We are really happy. It’s coming together well and will be a real feature of the area when finished.”

“This project brought out the best from Humes, from our design team, sales and manufacturing,” adds Adrian. “From our point of view it’s been a really good team effort with a good result.”

The SH 16 Te Atatu project is a Design and Construct project consisting of upgrading the existing three bridges, construction of a new pedestrian bridge, two underpasses and widening over 1.5 km of the existing motorway carriageway. The tender was submitted in July 2013 and the contract was awarded to Fulton Hogan.

The project includes widening the Northwestern motorway between the Lincoln Road and Causeway Projects, widening of all five ramps on the interchange, enhancing existing facilities for walkers and cyclists and widening and raising the Te Atatu Road over bridge. 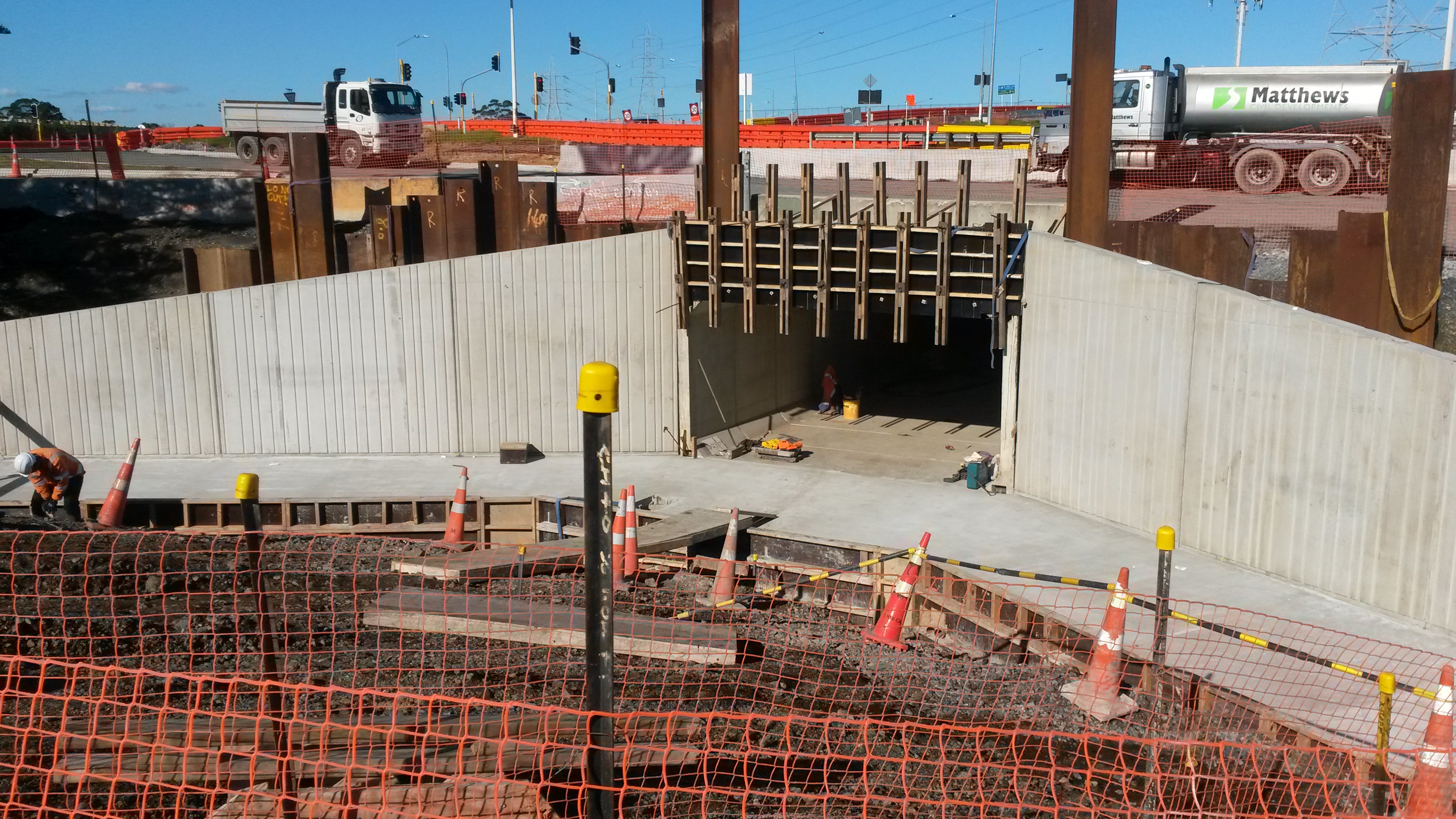