Rolling Out the Big Guns for Artillery Drive

Humes is demonstrating the power of Vibration Technology in an ambitious development, labelled by Auckland Council as one of the biggest stormwater projects it has ever undertaken.

The Artillery Drive project seeks to mitigate flooding in a new Special Housing area in Takanini by adding capacity to the stormwater network downstream of the McLennan Park Pond. Auckland Council awarded the project to McConnell-Dowell, who brought in Humes to manufacture a stormwater pipe capable of handling the large volume of water that will be diverted.

Humes fires on all cylinders.

With 390 pipes of 2500mm internal diameter manufactured at completion, stormwater tunnels of this size are rare. It’s the first three metre jacking pipe in New Zealand, and Humes went above and beyond by providing a specialised mould that could meet the contractor’s requirements. “We’d never produced a pipe of this diameter before, and it’s the heaviest pipe we’ve made too” says Steffan Robertson, Humes Concrete Production Design Manager. “That caused some logistical issues, including requiring us to get a new forklift truck that could actually handle the weight!”

However, this isn’t the only way Humes is making this project a New Zealand first. Using the advanced Vibration Technology (VT) manufacturing process to create the tunnel, Humes is already saving time and money on the Artillery Drive project. Humes is the only company in New Zealand to employ VT in pipe manufacturing.

In order to complete the project on time, McConnell-Dowell installed six pipes a day. Traditional techniques for manufacturing pipes usually produce up to three pipes per day, but with the VT process, up to eight pipes can be manufactured a day. Humes also had to install new technology to cure each pipe, a process that maximises pipe durability. With a pipe curing period of 28 days, Vibration Technology was crucial for keeping the ambitious project on track.

Being involved in a project of this scale has been hugely rewarding for the Humes team. The stormwater tunnel has presented a number of unique challenges, including difficult technical requirements, stringent testing and reporting standards, and extremely tight deadlines.

"One effect of this project is that it’s dramatically improved all of our Quality Assurance processes” says Robertson. “We had to provide documentation for every pipe, so the contractors could be assured that once it was in the ground it would be a strong, reliable and lasting product."

Taking part in a project that makes a difference to communities makes it all worth it for Humes, who are looking forward to taking on even bigger contracts in future. 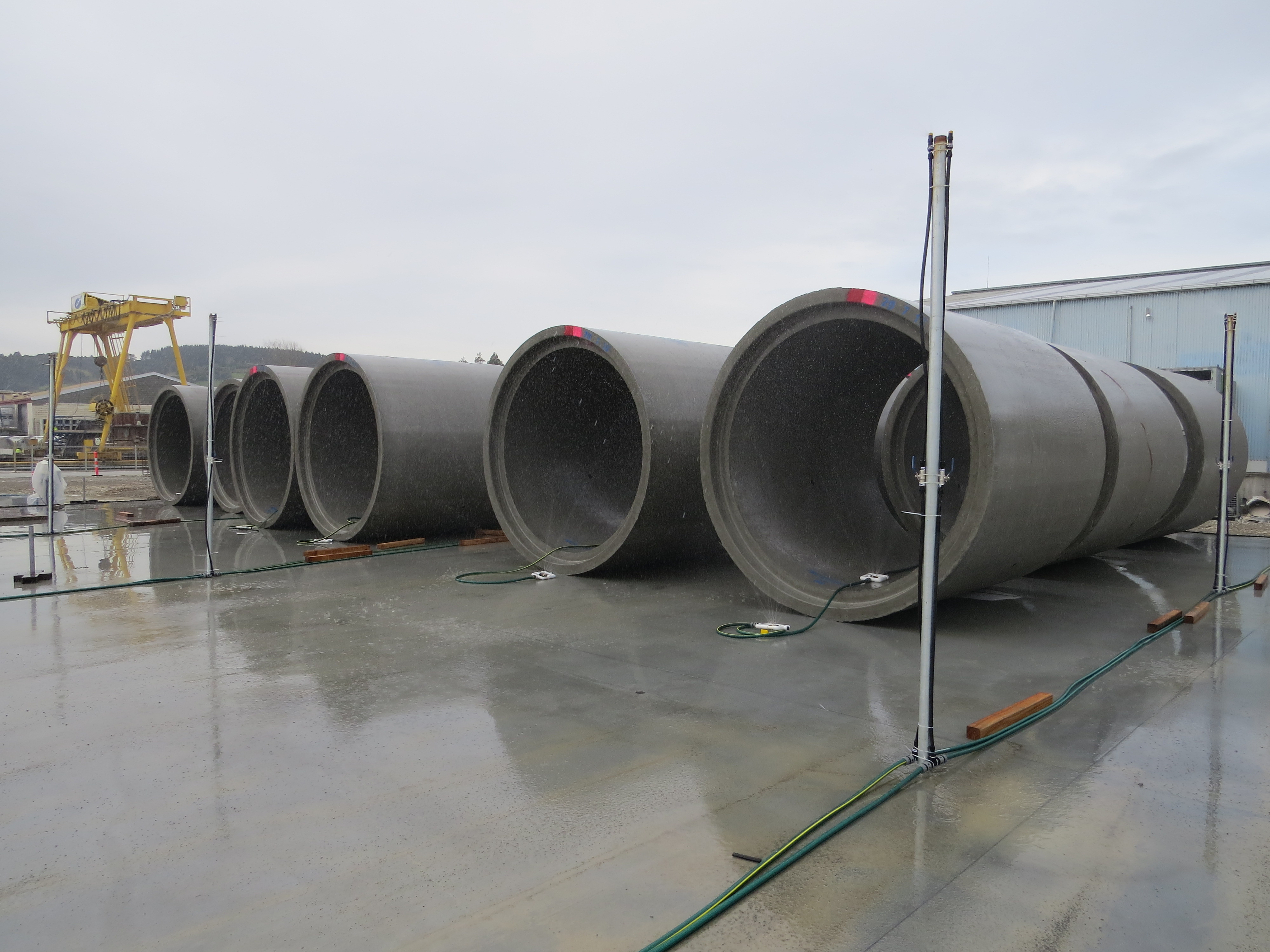