When the M2PP alliance needed a reliable supplier for a huge roading project, Humes leapt at the opportunity.

The Mackays - Peka Peka expressway is an 18km four-lane road that takes State Highway 1 along the Kāpiti Coast, enabling safer and shorter trips between Kāpiti and Wellington and connecting the region to the rest of the North Island. Construction began in October 2014 and finished in March 2017, about three months ahead of schedule. Humes initially won the contract to supply drainage infrastructure to the project, but subsequently grew its role into providing telco products as well.

Humes ensured that the contractors got value for their money by swapping out the original order of culverts for large diameter VT pipes. The pipes, which cost the same as culverts but are larger, ensured that the project received a better service for the same price. “The project required a lot of concrete” says Ralph Holdaway, Humes Palmerston North Sales Centre Manager. “At one point, our Papakura and Hastings manufacturing plants sent us 18 trucks of concrete in 10 days!”

"This efficient innovation from the Humes team has now become a standard part of the Humes service, and is being used at other projects around the country, saving customers time and money."

Undertaking such an enormous project is no easy task, particularly when it comes to ensuring that the right materials are delivered on time. To provide a better service to the M2PP alliance, the Humes team tried something brand new – setting up a permanent product hub onsite.

“We had an office set up on the building site with a permanent staff member assigned to it, as well as a stockpile of all of the products Humes was supplying to the project”, recalls Ralph. “Instead of sitting around waiting for the products to be delivered, we could send them off to wherever they needed to be straight away”.

Reflecting on the project, Ralph considers it a highlight of his time at Humes. He is also aware of the impact that the new expressway will have on the region. “Projects like this make people’s lives easier. This road is going to encourage more development in the region, including houses and businesses, and is going to connect people to Wellington in a way they have never had before”. 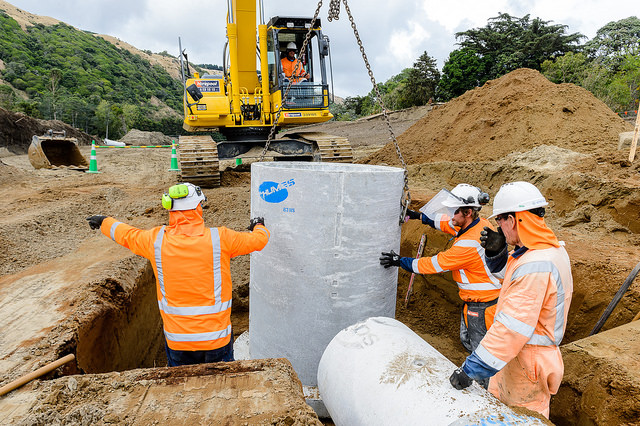