Normally excavators are used for digging, but a skilled operator can have a 12-tonne monster machine delicately pour a cup of tea or open a bottle of beer. In fact, these were a couple of the challenges excavator operators were required to do in order to impress a panel of judges at the Auckland excavator competition at Big Boys Toys, November 10th – 12th 2017.

Showcasing the very best talents Auckland has to offer, 30 contestants went through 12 challenges on two different sized machines, with the youngest entrant only 19 years old.

Adam Gibson, Chairman of CCNZ Regional Excavator Competition Committee said whether it is land development or building roads, the contestants make every effort to be accurate on a daily basis at work. The skills they showcased at the competition is “purely showing off”.

“This year we made a whole construction zone, 120m by 70m. It’s actually four times the footprint of what we usually have, which often encases many sponsors such as Humes. Their support is absolutely imperative to the success of what we do.”  Humes has been a proud sponsor of the CCNZ excavator competition for over a decade.

“One of the biggest and most tricky challenges is the Humes slam dunk, the guys have to pick up a ball from the bucket, lift it for four meters and dunk it at the top as if it’s a basketball,” said Adam. The slam dunk tower had a manhole lid with a 610mm diameter opening, if successful the ball should drop through the shoot and land in a trough. Humes Takanini Branch Manager Elvis Fusimalohi said the challenge proved to be very hard with less than half of the contestants achieving a successful shot.

“Some other highlights were the beer bottle open, lots of people enjoyed watching this one. People also enjoyed watching the competitors putting our concrete pipes together to form a drainage line and then feed through a piece of drain coil,” said Elvis.

Alongside the competition, NZ Offroader also put on a show with their vehicles weighing from 1 to 3 tonnes and drove them over a row of Humes Titan pipes. No cracks were made in the process, showing the titan strength of Humes products. 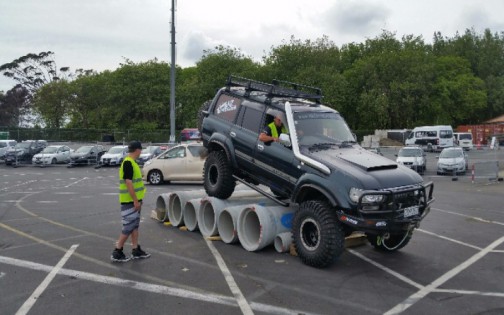 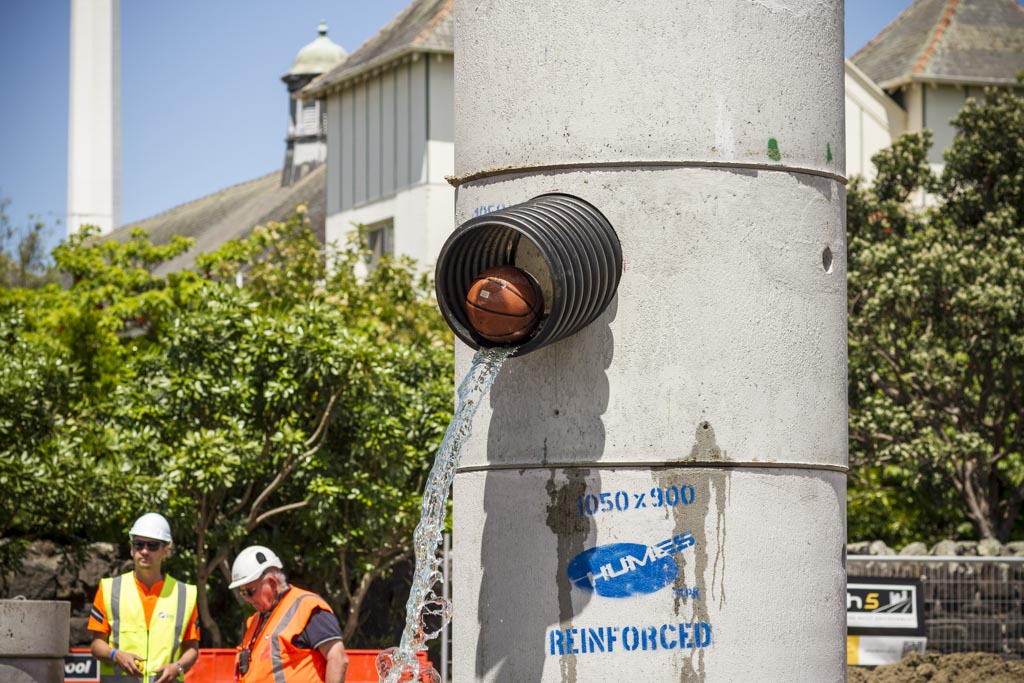